QUESTION: Can or can’t represent Qurban?

Ulama ‘has agreed that it is permissible for someone to represent another person to make a qurban for himself on condition that he is a Muslim. This is based on the hadith of Fatimah R.Anha:

The Prophet’s instruct his daughter, Fatimah R.Anha to go out to see her slaughter point out that Fatimah R.Anha has delegated others to do her qurban. But it is the best to slaughter itself by the person who wants to do the qurban.

Al-Imam al-Nawawi Rahimahullah mentions in his book al-Majmu ‘that a man or woman may delegate to another person to conduct the qurban and if he wants to delegate it to others, then the afdhal (best) is a Muslim who is specialists in hunting and slaughter and knowing the conditions related to the qurban and its sunnah.[1]

Next, it is not permissible to delegate idolaters, majusi and apostates to be a slaughter but are permitted for the ahli-kitab, children and women alike. However, in mazhab Syafi’e it is makruh if the representative is children and there is also will be makruh if the representative is a women who are in period phase but the most important for women who are menstruating to be the slaughtering representatives is permitted and does not cease its law because there is no authentic through its prohibition while menstruating women are more important than children. [2]

Basically, someone can be the representative if there are any instruction from the people who want to make qurban to the representative either by oral or written. But there are also some situations in which a person who intends to make  qurban but on the day of slaughter he falls ill and it may causes he cannot slaughter and at this time, even though he does not represent anyone, it is permissible for a representative slaughterer to delegate the ill-injured side al-Imam Abu Hanifah Rahimahullah. [3]

Next, we also elaborate on the decision of the National Fatwa Muzakarah regarding the wakalah law in the sacrificial:

The results of the Syariah Review Panel meeting are as follows: 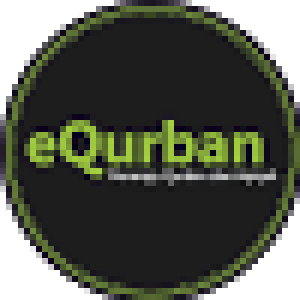